What is happening in the PACE: realistic about Ukraine's battle for new sanctions against Russia

The January session of the Parliamentary Assembly of the Council of Europe (PACE) for the Ukrainian delegation began traditionally. That is - from our appeal of powers of the delegation of the Russian Federation.

Very briefly - about why this is the January "tradition". According to PACE rules, at the beginning of each year the assembly confirms its composition (as well as approves its president, vice presidents, etc.). The idea is that this process should take place quickly, even without any votes; and if there is a problem that worries a significant number of delegates, automatic approval can be questioned. For example, impose restrictions on "problematic" deputies.

This is how PACE sanctions are formed.

From the summer of 2019, Russia persuaded key Western countries to lift sanctions and returned to the hall - but the grounds for claims against it have not disappeared.

These grounds are even more than enough. These are old remarks, such as Russia's failure to fulfill its obligations under almost 50 assembly resolutions, or the personal participation of some senators in the illegal annexation of Crimea. This is a new interim decision of the European Court of Human Rights in the case "Ukraine v. Russia", which recognizes that Russia took control of Crimea in late February 2014, and it was under its control that the fake Crimean "referendum" took place. This is the situation in prisons where Russians torture hostages and prisoners of war.

And this is, after all, Navalny's case with all the human rights violations around it.

No matter what questions we personally have to Navalny, Ukrainians, but for other European deputies this case is the irritating factor that adds chances to the new restrictions on Russia.

We have passed the first stage - we have questioned Russia's right to participate in the work of the assembly.

The Monitoring Committee must now prepare a resolution, which the PACE will vote on Thursday. It will then be determined whether the assembly will have the courage to renew sanctions against the Putin regime. And we, the representatives of Ukraine, will do everything in our power to make it happen.

However, you have to be realistic. Despite all our efforts and despite all the events in Russia, there is no guarantee of success.

Thus, at Monday's meeting, out of 324 delegates to the PACE, 39 votes were cast in support of the Ukrainian delegation's statement on the impossibility of Russia's participation in the assembly. The result is not very impressive. But somehow - this is the result.

Let's see how this number will change during the voting in the hall.

By the way, a year ago we were also far from successful - but we still did our best. Then 44 parliamentarians voted against confirmation of powers of the delegation of the Russian Federation.

So why, despite the high probability of our defeat, is this appeal so important?

I would like to emphasize at once: yes, we are aware that the majority of the PACE is not ready for a new quarrel with the Russians and will most likely not support the renewal of sanctions.

But not to fight, not to appeal - not an option!

While Russian tanks and Grads ride through Crimea and Donbas, Ukraine will raise the issue of ending aggression on all international platforms. And even after the border is restored and the territories are returned, it will be the responsibility of the state to bring the aggressor to justice for all the crimes committed and the damage caused.

Therefore, the very fact of the discussion, which will remind European politicians about Russia's crimes, is already a success.

Constant mentions of all old and new crimes of the Russian Federation in the field of human rights and international law must continue to prove to colleagues from other member states of the Council of Europe that for Ukrainians it is not an empty sound the values ​​and principles they valiantly go to Strasbourg several times for a year.

We must explain that "pacifying the aggressor" does not work, that lifting sanctions only pushes Putin to new violations. Poisoning, Navalny's arrest, suppression of rallies in Russia, etc. - a vivid illustration of this.

Yes, so far many in Europe do not understand this. Western colleagues are trying to do so only with statements condemning the Putin regime. But for us, this is an excuse not to give up, but on the contrary, to explain even more actively and prove that Russia does not intend to follow the common rules of international coexistence. State Duma members Tolstoy and Slutsky have said and will say that Crimea "is Russian" and Georgia "will never see Abkhazia and South Ossetia in its composition again."

And thus confirm that the issue of returning Russia to dialogue - is certainly also a matter of money.

Although, as it turned out, the Council of Europe did not see all Russian funds, despite its efforts to flatter the aggressor. The organization's secretary general Maria Pechynovych-Burych left unanswered the question of 8.8 million euros in debt for membership fees, which Russia refuses to pay to the Council of Europe. This amount was accumulated when Russia blackmailed Strasbourg with its non-payment. Now the debt is growing, and Russia is on its own.

Of course, all this is a sad story.

Confidence in the PACE is declining, and it is increasingly difficult to explain to the public and the media what the meaning of participation in this structure is. After all, they see how other countries adhere to the rules set out in the Charter of the Council of Europe and the European Convention on Human Rights, and Russia demonstratively and systematically ignores them. There are still no sanctions.

On Thursday, the PACE will make its final decision on Russia's powers. The option will be one of three:

Special responsibility lies with the members of the committee, Elizaveta Yasko and Serhiy Sobolev, who must be the first to persuade their colleagues not to side with the violating country. In the conditions of incoherent mode of work, when only 80 delegates are in the hall, and the rest are online, the task is not easy at all.

But it's worth a try. And we need to be patient.

After all, the question is not only about protecting one's own national interest, but also about preserving the values ​​of the oldest institution in modern Europe. In a situation where one country out of 47 allows itself such brazen behavior, most others will get bored of it.

So the aggressor will definitely be punished. 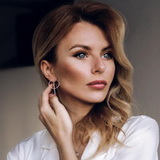