New times in the WTO: what changes await world trade and why it is important for Ukraine

She will take office on March 1 and become the seventh director general of the WTO.

Usually, when describing this appointment, the emphasis is on the fact that she is the first woman to head the WTO, and at the same time the first representative of Africa.

However, this appointment has other important points, including for Ukraine.

First of all, it is noteworthy that this appointment would be impossible if Donald Trump wins the US presidential election.

The process of selecting a new Director-General of the WTO began in the summer, when a list of eight candidates was formed. Subsequently, during the three rounds of consultations, the number of candidates was to be reduced to one with the most support among Member States.

Following the last round of consultations, on October 28, Ngozi Okonjo-Ivealu was named the most supported candidate, but this was only the assessment of three facilitators: General Council Chairman David Walker (New Zealand), Dispute Settlement Body Chairman Dasio Castillo (Honduras) and in view of the trade policy of Harald Aspelund, Iceland, and the final decision must be taken by consensus of all WTO members.

According to then-US Trade Representative Robert Leitheimer, Ngozi Okonjo-Iweala's election as WTO director general would be a mistake because she "has no experience in trade."

However, probably the reason for the block was something else. Ngozi Okonjo-Iveala represented developing countries, which increasingly demanded a revision of world trade rules, which now give preference to developed countries. In this context, the representative of South Korea at the head of the WTO was more in line with Donald Trump's vision of what the interests of the United States are.

Therefore, the decision was postponed indefinitely. Formally, "given the state of health care."

However, it was clear to everyone that the election was deadlocked. And this failure would actually put an end to the WTO. After all, the organization has been in deep crisis for several years.

However, everything changed with the change of the President of the United States.

As early as February 5, the new administration "was pleased to express its strong support for the candidacy of Dr. Ngozi Okonjo-Iweala for the post of WTO Director-General."

The future WTO gender left Nigeria in her youth due to the civil war and moved to the United States. She was educated at Harvard, where she studied economics, and at the Massachusetts Institute of Technology, where she received her Ph.D. in regional economics and development.

She has 25 years of experience at the World Bank, where she served as Managing Director for Operations. She was twice the Minister of Finance of Nigeria (2003-2006 and 2011-2015) in difficult times for the country, and also became the first woman to run for the presidency of the World Bank in 2012. He is a member of the board of the Global Alliance for Vaccines and Immunization (GAVI).

In her post-election speech, Okonjo-Iveala said: "It has been a long and difficult road, full of uncertainty, but now it is the dawn of a new day and the real work can begin. The challenges facing the WTO are numerous and complex, but they are not insurmountable. ".

What does it promise to change in the WTO?

At the first press conference after the election of Okonjo-Iveala, she promised to make the fight against the coronavirus pandemic her main priority. The priority here is to remove restrictions that slow down the movement of drugs and vaccines across borders.

Moreover, it was stated that it was important not only to solve the problem facing the world now, but also to develop a principle of action that would help to respond quickly to similar challenges in the future.

However, no less important are the promises of the new CEO to reform the WTO.

Another priority Okonjo-Iveala calls is the unblocking of the Dispute Settlement Body, without which the WTO is unable to monitor member states' compliance with free trade rules. It will be recalled that the Dispute Settlement Body was blocked by the United States, which demanded that it be deprived of the right to make decisions that would set a precedent in other trade disputes.

The change of the President of the United States gives a chance to quickly accomplish this task. It is unlikely that the Joe Biden administration will put such brutal pressure on the WTO as it did under Trump.

Finally, Okonjo-Iweala argues that the WTO needs to be strengthened and rejuvenated so that progress can be made in negotiations on issues where the interests of developed and developing countries diverge. This is the issue of fishing subsidies, and problems in the field of agriculture, and environmental issues, and much more.

So far, no WTO Director-General has made significant progress in this task.

But now the whole world community is holding its breath, waiting for the WTO to restart.

It is worth recalling that Ukraine also needs such a reboot of the world trade system. We became members of the trade organization too late and, accordingly, entered there on worse terms than those who were ahead of us.

Publications in the "Expert Opinion" section are not editorials and reflect only the author's point of view. 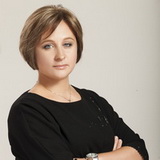