The new Asian free trade area: what it means for the US, the EU and Ukraine

What exactly does the agreement provide for and how will it help the world emerge from the global COVID crisis? What will signing it mean for the United States and how should the EU change its policy towards Asia? And finally - what opportunities does RCEP open for Ukraine?

What is the agreement about?

First of all, RCEP aims to create new trade and investment opportunities through uniform and clear rules for exporters of goods. Thus, the agreement provides for a gradual reduction of customs rates on goods and services and the introduction of a clear algorithm for determining the origin of goods.

In the long run, this will expand the access of companies from the Asia-Pacific region to regional value-added chains, as goods made in Malaysia from Japanese and Korean parts will be exempt from customs duties on exports to Vietnam and Cambodia.

Along with reducing tariffs, the RCEP helps to reduce so-called non-tariff barriers to trade, in particular by creating common technical, sanitary and phytosanitary rules.

Norms on transparency (for example, requirements for the publication of new legislation in the field of trade), protection of intellectual property rights and e-commerce are aimed at the development of digital business. In addition, the signatory countries will also gradually gain access to each other's public procurement markets.

According to the parties, the "added value" of RCEP is to accelerate the exit from the COVID crisis, at least in the regional context, as well as to create a kind of platform for further economic and political integration in the Asia-Pacific region. The agreement is also likely to strengthen the role of the World Trade Organization (WTO), as it complies with its rules.

However, unlike the Trans-Pacific Partnership (TTP) - trade liberalization agreements between the Asia-Pacific region (excluding China) and the United States, which Donald Trump flatly refused to ratify in 2017 - RCEP reduces tariffs by only 80% of goods (instead of 90% for TTP) ). Compared to the TTP, the RCEP has less detailed and ambitious provisions for cross-border trade in services.

Another key difference between RCEP is the lack of environmental standards and norms for the protection of labor and social rights.

Thus, despite the expected economic benefits, RCEP could significantly worsen the situation of small businesses in certain industries and farmers in the Asia-Pacific region (by the way, concerns about agriculture and the situation of farmers have become a key reason for India's refusal to participate in the bloc).

What does signing an RCEP mean for the United States?

Despite these shortcomings, the key RCEP signal for both the US and other players on the world stage: the US withdrawal from the TPP and the Transatlantic Trade and Investment Partnership (TTIP) with the EU does not mean the end of multilateral free trade.

Thus, one of the key questions facing the new US President Joe Biden is whether to initiate the creation of a free trade area (FTA) between the US and one or both blocs.

In this context, an attempt to "revive" TTIP with the EU seems more likely, as the European Union hopes to intensify transatlantic relations during Biden's presidency. The integration of US and EU markets will also mean a "counterbalance" to strengthening China's role. A potential threat in such a scenario is trade wars between the West (EU plus the US) and the Asia-Pacific region.

On the other hand, the US attempt to intensify free trade talks with the Asia-Pacific region could consolidate a "fragile" truce in trade wars with China and, in the long run, significantly increase foreign trade. Under such a strategy, however, the United States will have to find common ground with China - and possibly compromise.

Liberalization of trade with both the EU and the RCEP would undoubtedly strengthen the US role in the international arena. Theoretically, the creation of an EU-US-Asia free trade bloc would unite the world's largest markets, greatly facilitating the activities of multinational corporations.

Such a path, however, seems unlikely, as it requires reconciling potentially multi-vector interests, provoking opposition from other players (India, Russia, Latin America) and potentially increasing the number of globalization losers (businesses and individuals who lose due to globalization).

"Asian trajectory" for the EU

The conclusion of an FTA with ASEAN has been one of the key objectives of EU trade policy since the mid-2000s. Between 2007 and 2009, the EU and ASEAN negotiated the establishment of an FTA between the regions, but in 2009 switched to a bilateral format of cooperation. The EU currently has FTAs ​​with Singapore and Vietnam and is negotiating with Indonesia and the Philippines, considering bilateral agreements "building blocks" for the ASEAN Agreement. In addition, the EU has functioning FTAs ​​with South Korea and Japan and is negotiating with Australia and New Zealand.

As for the United States, the creation of the RCEP for the EU could be an impetus for more active trade liberalization with the Asia-Pacific region. However, EU "accession" to the RCEP is unlikely due to at least two factors:

- the lack of standards in the Asia-Pacific region, which are key for the EU as a "regulatory player": in relation to environmental protection, human rights, in particular social and labor rights, good governance and the fight against corruption;

- the inability to agree on appropriate standards due to Chinese opposition (currently, human rights abuses in China are one of the key sources of tension in EU-China relations).

Thus, it can be predicted that the European Union will now intensify its policy of concluding bilateral trade agreements with ASEAN countries and, in contrast to the RCEP, will look for ways to resume negotiations with the United States.

For Ukraine, RCEP is, first of all, a signal to pay attention to the Asia-Pacific region as an integrated region, cooperation with which promises significant export opportunities.

Second, as the RCEP will encourage the EU to expand and deepen its trade relations with third countries outside the Asia-Pacific region, the RCEP could potentially help speed up the creation of "industrial visa-free travel" between the EU and Ukraine.

A similar trend exists for the United States.

According to Swedish-American economist Anders Aslund, one of the potential opportunities to improve the export opportunities of Ukrainian companies is the liberalization of trade with the United States.

If the RCEP forces the United States to "get out of its shell" and seek rapprochement with the EU, it will be a good opportunity for both Ukraine and other associated neighbors (Moldova, Georgia) and EU candidate countries (Western Balkans, Turkey) to liberalize. its trade relations with the United States.

In this context, however, we should not forget about the possible negative consequences of the FTA for domestic producers in certain sectors. 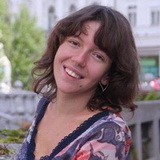 MARINA RABINOVYCH
Associate Professor of the Kyiv School of Economics