The "dark times of government" began in Italy on the evening of January 13, after the resignation of two ministers from the ruling coalition and one of the deputy foreign ministers called into question the future of Giuseppe Conte's government. And the reason for that is the head of the government, though former, Matteo Renzi. He recalled three ministers representing his Italy Viva party from the government. The political crisis has many solutions. But we can already say that it has become an obstacle to the implementation of a large-scale economic recovery program in Italy, for which the EU allocates a record amount - 209 billion euros. Revenge of the former The expectation that Matteo Renzi is preparing a personal revenge for the lost prime minister's seat has been going on for a long time - since December 2016. However, the loss of the prime minister's chair was too painful for Renzi. He took a break, forming his own party - "Italy Viva", and even managed to enter the second government of Giuseppe Conte, formed in 2019. And on January 13, the expectations came true. Renzi criticized the government's policies and said he was recalling three of his government officials: Agriculture Minister Teresa Bellanova, Youth Minister Elena Bonnetti and Deputy Foreign Minister Ivan Scalfarotto. "Conte's new government? We do not want to veto anyone," Matteo Renzi commented on the decision to resign. So he is not directly asking for Giuseppe Conte's resignation, but the message is clear: the prime minister must go to the Quirinal Palace and hand over the presidency to President Sergio Mattarella. "And now the king is naked," Renzi added. As Giuseppe Conte noted in response, the Italy Viva party announced its decision to withdraw from the government coalition not in person or during discussions, but by e-mail. At the same time, the position of President Mattarella himself was unchanged - "to find a way out of this unknown." Be that as it may, on the night of January 14, Italy found itself in a deep government crisis. Twelve hours later, Conte announces that he intends to continue his rule, and new candidates will be added to the government (which are still unknown). The prime minister's optimism is due to the support of other members of the coalition. In particular, the Minister of Foreign Affairs of Italy and the leader of the "5 Stars Movement" Luigi Di Mayo said that "because of Renzi's irresponsible gesture, we will go with him in different ways." Even Movement founder Beppe Grillo is sympathetic to Giuseppe Conte. And according to Democratic Party Chairman Nicola Dzingaretti, "the Italia viva move demonstrates friendship with Trump's friends." However, not everything is so simple here. Some members of the Democratic Party have doubts about the effectiveness of "reshuffling" and replacing former ministers. The opposition, which managed to suspend the work of the Chamber of Deputies until Giuseppe Conte's speech with an explanation and announcement of his resignation, also throws bushes into the fire. "Golden Action" in the Senate The Italian prime minister has two options: resign immediately to open an attempt to form a new government, or go to parliament to check the number of his supporters. After consultations with political forces and President Conte, he announced that he would deliver a speech on January 18 calling for support for his candidacy for another term. This will not be easy to do, as you need to enlist the support of both the Chamber of Deputies and the Senate. This path gives a chance to get a rather small, but still advantage with a call to support and continue the work of the current government in a pandemic. However, if proposals to renew the government are not supported, it will mean the inevitable early elections within a year. "If there is no majority, we go to the (national) vote again - that's how it works in a democracy," said Matteo Salvini, the League's leader and ousted interior minister. It is worth recalling that, thanks to Salvini, the Prime Minister already has experience in defending his government and his candidacy in parliament. It was on August 8, 2019, when the Minister of the Interior tried to declare no confidence in the Conte government. But will it be possible to do it a second time? The situation with the Chamber of Deputies is quite optimistic - the votes in support of the government will be given by representatives of the 5 Star Movement, but everyone's attention will be focused on the vote in the Senate. And here the schedules are completely unpredictable. There are many scenarios for how events may unfold. However, one thing is clear: everyone has started counting the number of supporters who can show up or need to vote. Over the past 24 hours, the most popular Google search query in Italy has been "the number of votes for the majority today." And not just like that. It is quite difficult to deal with the counting of votes in the Senate (which has 315 seats), because in the case of a vote of confidence, an absolute majority of votes is not required, but in fact only one vote more than the number of those who vote against.

The opposition in the Senate can count on 138 votes, which can be joined by some of the 18 senators - supporters of the party "Italy Viva". In turn, the calculations of Democrats indicate that the number of supporters in the Senate can reach 167-168 people, however, the calculations of experts are not so happy - they believe that the head of government will be able to mobilize 155-156 votes of senators. In such cases, the decisive word will be the so-called "Mixed Group", which consists of 29 senators from various political forces and groups, whose votes will be fought by both the government and the opposition. The situation worsened so that even Silvio Berlusconi had to interrupt his treatment in Monaco and return to "political affairs". Woe to money It may seem amusing that this Conte government risks losing its cadence due to record-breaking EU financial assistance. More precisely, because of the disagreement on how best to spend the 209 billion euros allocated for grants and in the form of low-interest loans from the EU Recovery Fund. Italy, which in 2020 suffered the most human and economic losses in Europe, for the first time won the right to receive so much "much" from the European Union. However, as it turned out, big money is also big problems. In addition to voting for the prime minister, Italy has yet to go through a series of budget changes and votes to approve funds from the EU's Reconstruction Fund. Here, too, Eurobureaucrats are most interested in the plan for the use of these funds and the specific reforms that the Italians must implement to overcome the economic crisis. In particular, it will be about tax reform, reform of justice and public administration, which have long been in need of fundamental change, according to Europeans. And here economists ask a simple question: how to effectively avoid waste, which has become a sport in which Italy is a leading player? Accordingly, early elections may call into question the implementation of this ambitious program. After all, in the event of early elections, the country will face another show of populism. 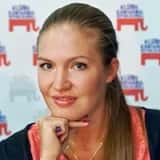