As of the end of October this year, the European Court of Human Rights (ECtHR) had 10,100 complaints pending against Ukraine.

This was reported by "European Truth" with reference to court statistics.

Ukrainian complaints account for 16.5% of the total workload of the ECtHR and thus Ukraine ranks third in the number of complaints against it.

In the first place, the constant "leader" is Russia with 14,050 complaints, which is slightly more than a fifth of the total number of complaints (22.9%). 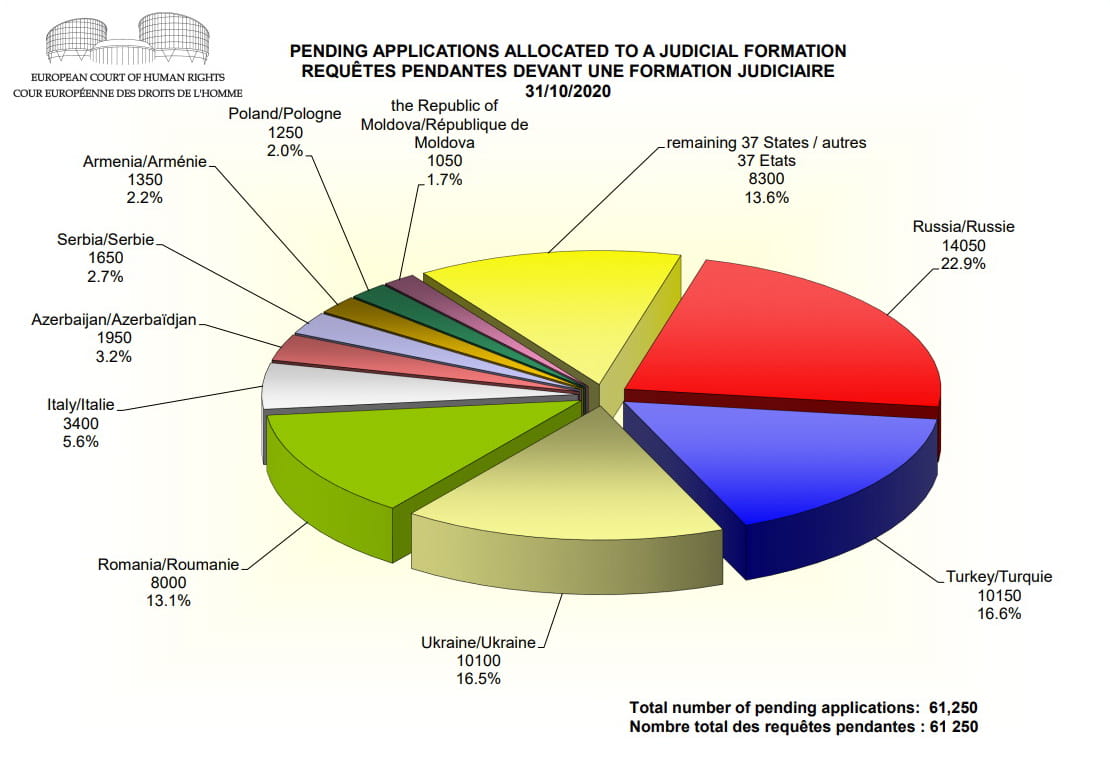 As explained in the European Court of Human Rights, the lion's share of growth was provided by complaints from people affected by the Ukrainian-Russian conflict.