A difficult conversation with the EU: how Ukraine started revising the Association Agreement

Against the background of optimistic assessments of the results of the 7th meeting of the EU-Ukraine Association Council, held in Brussels on February 11, the words of the EU Commissioner for European Neighborhood Policy and Enlargement Negotiations Oliver Vargey on the number one topic for the Ukrainian delegation - prospects for revising the Agreement about the association.

The key comments of the European Commissioner, which caused a wave of "betrayal" in Ukrainian social networks, were the words that:

- "The agreement stipulates that five years after its entry into force there should be a revision. Revision means not only consideration of new areas, but also consideration of implementation";

- "вважа we believe that there is no need to change the Agreement. It is flexible enough and allows us to expand our cooperation. The Agreement still has a lot of unrealized potential";

- "… (we) are ready to consider Ukraine's requests for new areas, if any."

Let's try to move away from the usual view of "betrayal or victory" and analyze these statements not only in the context of their "emotional-Hungarian component", but on the basis of understanding how the machine of European institutions works. The latter will allow us to better predict the course of the revision of the UA, suggesting what Ukraine needs to be ready for to succeed.

First of all, EU Commissioner Vargey acknowledged an obvious legal fact: the Association Agreement does oblige the parties to hold consultations five years after its entry into force (September 2017) on the revision of its provisions on trade in goods. The agreement also sets the expected outcome of such consultations: further liberalization of tariff parameters for trade in goods.

However, the Agreement does not specify the final format of such a revision. In addition, the Agreement obliges the parties within five years of its operation to assess the state of its implementation in terms of goals and objectives.

Everything else is the subject of negotiations.

Therefore, the obvious positive is that the Commissioner did not refute the Prime Minister's message about the revision, but shifted the emphasis: the EC proposes to focus first on assessing implementation. This is a good sign, as the EU leaves room for maneuver for both the Ukrainian side and itself.

At the same time, the European Commission is in no hurry to support Ukraine's expectation that the dialogue on the revision of the Agreement should end with its own amendments. There are both institutional and legal grounds for this (related to how the EU functions) and purely political ones.

First, the EU does not have a clear understanding of the scope of the revision of the Agreement: only annexes or also the text of the agreement, only the trade bloc (DCFTA) or also sectoral cooperation, only trade in goods or services and non-tariff regulation, etc.?

Secondly, the European Commission does not currently have a corresponding mandate (negotiating directives) on the part of the 27 Member States.

Thirdly, such a mandate should reflect an assessment of the interests and benefits of the EU itself from the expected revision, and this is a difficult task.

It is no secret how ambiguous this initiative of Kyiv is perceived in the EU.

This is evidenced at least by the interview of the trade representative of Ukraine Taras Kachka in the respected European publication Politico, in the headline of which the publication emphasizes one thing: Ukraine needs additional quotas from the EU for agricultural exports.

As the third largest agricultural exporter in the European market after Brazil and the United States, Ukraine is already the cause of sleepless nights for many European agricultural producers.

Therefore, the European Commission is still waiting for a political trick - to approve its own negotiating mandate with the member states.

Therefore, the next logical element of the EU's position - the Agreement - has a sufficiently flexible and dynamic format to take into account new areas of cooperation without formal changes to its text. This position creates an additional element of pressure on Ukraine: continue reforms, approximate legislation and receive such "prizes" as the Agreement on Mutual Recognition of Conformity Assessment for Industrial Goods (ASAA, better known as "industrial visa waiver"), simplification of customs procedures, digital economy, etc. .

And the most important signal of Vargeya - the EC is ready in principle to consider the extension of cooperation with Ukraine to new areas to the extent that Ukraine itself will be ready. This signal testifies to both constructive pragmatism and a good understanding by the European Union of the scale of the tasks to be performed in the field of legislative adaptation and implementation, as well as a realistic assessment of Ukraine's institutional capacity.

The next steps of the parties are clear and understandable: the EC will examine Ukraine's revision proposals submitted by the Ukrainian delegation as a position paper during the Association Council meeting, and in turn will prepare its own assessment of the implementation of the Agreement, which Ukraine will need to take into account.

The next "clock check" will not take place before the next Ukraine-EU summit in the second half of the year. And then the beginning of a long and laborious process awaits us. How do we approach it?

First of all, remember that the dialogue with the EU on updating the Agreement is a marathon with elements of a relay race. Accordingly, the Ukrainian side must get rid of illusions about its quick and victorious end. It would be a huge political mistake, for the sake of ephemeral rating points, to conduct a blitz review in a truncated format, only on EU terms, away from the fundamental interests of Ukrainian business.

The Government must carefully prepare arguments for the need for a broad renewal of the Agreement, not only in terms of tariff regulation of trade in goods.

And these arguments must be prepared together with Ukrainian business, with exporters.

To succeed, Kyiv needs to look for allies among EU member states, European businesses interested in liberalizing trade with Ukraine. And these are those European industries that are interested in including Ukrainian imports in their own value chains.

At the same time, it is necessary to control and minimize political macro-risks, which at any moment can knock the chair out from under the Ukrainian negotiating team. To do this, we must show convincing progress in the reform of the judiciary, the fight against corruption at all levels, the demonopolization of the economy, the stability and transparency of the banking system.

After all, Ukraine has the advantage of initiative and offensive position - the EU is objectively interested in our support at the regulatory level of its new initiatives such as the European Green Course.

At the same time, blindly copying European regulations and directives without consulting business and formulating one's own position will nullify this advantage. 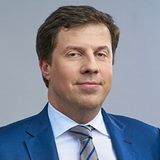