Revolution to exhaustion: 10 conclusions about the course of the Belarusian protests

As of today, we can say that Belarus is experiencing the biggest political crisis in its history.

Unprecedented street activity, however, did not lead to the rapid collapse of the existing political system, which turned out to have a significant margin of safety.

And although it is virtually impossible to predict the further development of the confrontation, some conclusions can be drawn from the results of the first ten days of protests.

1. The government's rollback of the force scenario last week halted the escalation of the confrontation and generally reduced the dynamics of the protest. The weekend, when there was a danger of fierce collisions, passed without excesses.

2. At the same time did not decrease, and even vice versa, increased the mass of street activity.

The reason was the huge 80% of those who voted for Lukashenko, announced by the Central Election Commission, as well as the excessive brutality during the suppression of protests in the first days after the election.

3. Despite the massive street protests, the protesters have not formed a single political center to represent all the protesters, coordinate their activities and speak on their behalf in negotiations with the authorities.

There are no bright leaders, there is no clear political program and action plan.

There is no permanent rally that would "stop" the territory and be a symbol and center of protest, like the Ukrainian Maidan.

Moreover, as the Ukrainian experience has shown, the mere presence of large masses of people on the streets may not significantly affect the political process for months.

The Coordinating Council for the Transfer of Power, formed on the proposal of presidential candidate Svitlana Tikhanovskaya, is unlikely to become the organizing force of the protest movement in the near future, as it consists mainly of members of the "old opposition".

4. There is a little more certainty with one of the most important factors in this crisis - Russia.

Three telephone conversations between Putin and Lukashenko resulted in a statement of support from Russia if necessary. The transfer of the Wagnerians to Russia confirms these agreements.

This step, in addition to solving domestic political problems, simultaneously sends two important messages to the foreign audience: to Russian society and the leadership - that Lukashenko remains loyal to Russia and does not plan to reorient to any West, and the West - that in case of sanctions and other pressures, Russian intervention is possible with all the ensuing consequences, including Russian military bases on Belarusian territory.

5. Loyalty in the state apparatus has somewhat decreased (dismissal of state media journalists, appeals of diplomats in support of protesters), but, as before, there is no transition to the side of protesters prominent officials and especially security forces.

Mr Lukashenko also did not resign as interior minister and others responsible for the excessive use of force in the first days after the election, apparently fearing growing disloyalty in the power bloc.

6. An important moment was the return of Lukashenko to the streets, the mobilization (in a short time) of his supporters for street activity in response and the demonstration of the family.

At the rally in support of Lukashenko, he did not look depressed, but rather mobilized and angry. During his speech, he tried to consolidate his electorate, to oppose himself to the protesters, to demonstrate an active and determined president.

A visit to the Minsk Wheel Tractor Plant and communication with workers was also a testament to the attempt to consolidate Lukashenko's traditional electorate and persuade him to remain loyal.

7. Like the protesters, the authorities clearly do not have a plan of action under the current conditions. She is passive and makes many mistakes.

However, Sunday's rally and visits to the plant show that some conclusions have been drawn and work is underway.

First of all, the government seeks to buy time, to wait until the protest is exhausted and the revolutionary euphoria passes.

8. The strike factor at the largest state-owned enterprises remains extremely important, if not decisive.

If it happens, it will be an extremely powerful lever of pressure on the country's leadership.

Employees of some companies have already announced the start of a strike, but it is not yet clear how united the workers will be and what part of the workforce is represented by those who make such statements.

Some of the workers' demands - removing the riot police and ending the violence - have already been met. This could blur the protest and create a basis for an agreement.

Monday and Tuesday showed that the majority of workers of large state-owned enterprises are not ready for strikes. Even protest rallies (which are not strikes) were attended by only a small number of labor collectives.

For example, about 250 people from the 16,000-strong staff of the Minsk Tractor Plant came out to protest on Tuesday. This suggests that economic calculations for workers have been stronger than protests. None of them made economic demands.

9. The West's reaction to the election and subsequent clashes was not as sharp as many expected.

Although the EU condemned the violence and did not recognize the election, it did not decide on large-scale sanctions.

Instead, the EU has limited itself to stating lists of personal sanctions for those responsible for election fraud and excessive violence.

The European Union also did not recognize Tikhanovsk as president-elect, thus following the Venezuelan scenario.

The EU's decision is influenced by at least two factors: internal friction (the Greece-Turkey conflict) and concerns about Russia's possible actions. It is expected that a clearer decision on the Belarusian issue will be made at the next meeting on August 26.

The United States in general has so far limited itself to rather streamlined statements about undemocratic elections. Here, too, geopolitical calculations probably prevail.

10. It can be stated that the protest activity loses its dynamics and becomes protracted.
At the same time, the government is trying to consolidate its support, ensure the neutrality of workers in large enterprises and reduce the likelihood of external interference. 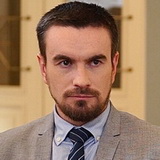