Good for the EU, bad for Ukraine: how dangerous for Kyiv is Russia's new nuclear strategy

2020 was a turning point for international security and, in particular, for strategic stability.

In addition to the demise of the ICSID Treaty, it is worth mentioning the Open Skies Treaty, from which the United States withdrew in May, as well as complete uncertainty about the future of START-3, which expires next winter.

Whether the Treaty will be extended for another five years or whether it will suffer the fate of predecessors, they have been trying to understand for a long time. And it seems that some states are already beginning to look for their own answers to impending challenges.

The first "ace up his sleeve" seems to have been hidden by Moscow, which last month published "Fundamentals of Russia's State Policy in the Sphere of Nuclear Restraint."

What does the publication of this document mean and what are its risks for Ukraine?

Let's start with the positive. Its a little, but still ...

The most positive aspect of the document is the very fact of its publication.

For the first time in its history, the Russian Federation has refused to declassify the foundations of its nuclear deterrence, a step toward the transparency that Moscow is so often blamed for.

In addition, the text of the "Fundamentals" itself is a combination of points that have already been voiced, and the conditions for the use of nuclear weapons from various documents of previous years in one, which is also positive. A number of experts note the defensive nature of the sound of the document, which emphasizes that "Russia considers nuclear weapons only as a means of deterrence, the use of which is an extreme and coercive measure."

This concludes the positive.

The deliberate "transparency" of "Fundamentals" carries a very serious message. In this case, I would like to dwell on some points that, in my opinion, are important for both Ukraine and Europe as a whole.

The principle of "escalation for de-escalation" (EDE), or the use of nuclear weapons in a regional war to localize the conflict: does this strategy have a place in Russia's nuclear doctrine? Let us clarify that this issue directly concerns Ukraine.

Paragraph 4 of the Fundamentals states that "state policy in the field of nuclear deterrence ... guarantees the protection of the sovereignty and territorial integrity of the state ... to prevent the escalation of hostilities and their cessation on terms acceptable to Russia and its allies."

On the one hand, we see that the existential nature of the use of nuclear weapons, expressed as a situation "when the very existence of the state is threatened", has been supplemented by protection of territorial integrity (which includes annexed Crimea) and even interpretable sovereignty. quite widely, to the point of threatening the preservation of a particular Russian leadership.

Was Europe afraid of that? Absolutely not, because Europeans understand EDE as a threat (seizure) of the Baltic States, along with potential blackmail, nuclear retaliation against all those who do not agree.

It is this threat in its Nuclear Posture Review, the United States tried to respond by initiating the development of miniature nuclear warheads to convey to Russia the inadmissibility of the use of nuclear weapons in regional wars.

In this sense, the EU can breathe easy, because the tone of the "Fundamentals" is purely defensive.

However, this news is good for Europe and bad for Ukraine.

On the one hand, Russia codifies its intentions as defensive and unrelated to the Baltic states. On the other hand, it is already a new defensive perimeter, which includes Crimea.

And here for Ukraine there is an additional risk - de facto in exchange for such relief for Europe, Russia requires the EU, in fact, "forget" about Crimea.

ABMY under a nuclear sight

The second question, the answer to which is given by the Russian strategy: what can be considered for the Russian Federation Casus belli in terms of the use of nuclear weapons? And here, for Europe and NATO, the news is clearly bad.

Russia specifically warns Europe against the possible deployment of American medium-range missiles, reserving the right to respond to a nuclear strike even in response to a conventional attack.

By the way, in connection with this point I would like to mention the positional areas of the Aegis Ashore missile defense system in Europe (11 b), which the Russian Federation has previously called a violation of the RSMD and which have a history of offensive nature. That is, a counter-nuclear strike, even as a reaction to a conventional attack, makes Europe a potential hotbed of crisis instability.

What is important in this case for Ukraine, apart from the fact that the center of instability may arise in the immediate vicinity of its borders?

According to paragraph 13 of the "Fundamentals", "Russia carries out nuclear deterrence against individual states ... which have nuclear weapons or significant combat potential of general purpose forces."

This wording may be irrelevant to Ukraine or directly affect it in certain circumstances, primarily in the context of the plan to create domestic medium-range missiles and place them on the border with Russia to deter the latter from aggressive actions in the Donbas.

Thus, Moscow wants to complicate the opportunities for Ukraine's cooperation with NATO in the framework of any potential joint missile defense system, as well as the potential deployment of American missiles on Ukrainian territory.

All this creates additional risks for Ukraine, both in the Crimea issue and for cooperation with NATO.

Kyiv should find answers to these challenges and announce them as soon as possible. 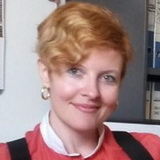 head of the Center for Non-Proliferation of Nuclear Weapons